New Zealand's indigenous people, the Maori, called this land "Tamaki Makau Rau", a maiden with 100 lovers. It was a place desired by many and fought over for its riches, including its forested hills, productive volcanic soils and harbours full of seafood. The first sailors to settle here were the Maori, and in later years migrants from the Pacific Islands have contributed to the Polynesian population. From the first Maori waka (canoes) and colonial ships, Auckland has attracted immigrants from far and wide. Today, Auckland is the world's largest Polynesian city and is a cultural melting pot with more than 1 million people - one quarter of New Zealand's population.

Auckland’s Hauraki Gulf is home to a multitude of islands, each with its own distinctive character. A short 35-minute ferry ride from Auckland is Waiheke Island, with its sandy beaches, markets, artists and winemakers. Here you will find the enchanting lodge The Boatshed with its design-savvy yet casual vibe. 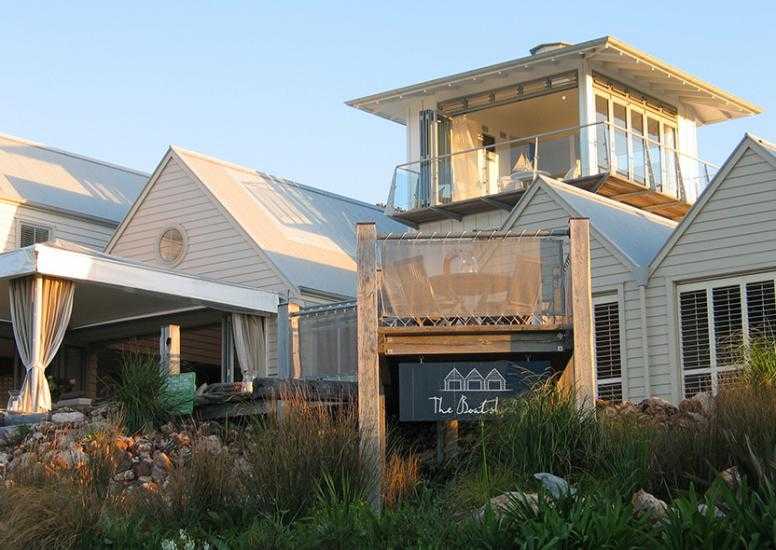 Whether you arrive on Waiheke Island by boat, plane or helicopter there is nothing like arriving at this special place.
View this lodge
X